Hoi An is a city on Vietnam’s central coast known for its well-preserved Ancient Town, cut through with canals. It's near Cua Dai Beach and on the Banks of Thu Bon River and about 25 kms far from Da Nang Airport The lovely old town Hoi An has never lost its attraction with charming ancient architecture lying besides the poetic Thu Bon River. Once in the full moon night, the glistening lanterns harmonized with the mysterious incense fragrance on the Japanese and Chinese houses will bring you to the very long memories ago.

Hoi An ancient town: The town itself has an antique attraction with very old houses and structures, among them are the Japanese covered bridge, Tan Ky house, Tran family chapel, Assembly Hall of the Fujian Chinese congregation, Phuoc Lam pagoda, Tran Duong house

My Son Holy Land: My Son was a capital and religious center of Cham people, now remaining with red brick towers and sanctuaries. My Son, considered being in the same league as some of Southeast Asia's greatest archaeological sites, including Angkor in Cambodia, Bagan in Myanmar, Ayutthaya in Thailand and Borobudur in Indonesia. These towers and sanctuaries were built from the 7 to 13 centuries.
Cua Dai Beach: Only 2km from Hoi An town, Cua Dai beach is a ravishing small beach with white smooth sand and cleanly emerald water. This is also home for numerous luxury resorts and hotels. An ideal place for your relaxation.

An Bang Beach: This tranquil and lovely beach lies quietly 4km away from Hoi An centre. This is favorite rendezvous for both local and expats, an ideal place to relax or take a siesta.
Cham Island: The pretty island has its history dated back from 2500 years ago yet only came to be widely known  after the UNESCO Biosphere Reserve Cu Lao Cham - Hoi An was created in May 2009. The attractive place for ecotourism diving and snorkeling. However, the changeable weather is also a challenge to approach the island.

Hoi An cooking class: One of the most fascinating things to do in Hoi An is to join a cooking class to learn how to make some Vietnamese specialities. Try the feeling of doing everything from choosing ingredients, making food to cooking it by yourselves and have an unforgettable moment in your holiday.

Hoi An Tailors: It is a pity to leave Hoi An without having any outfit made. Since the notable silk trading continues to thrive today, the tailor’s in Hoi An utilize their magic to produce excellent quality clothes at bargain prices for the seemingly endless passing trade.

Hoi An Eco tour: Enjoy the friendly environment activities with soft eco tour highlights on fishing and farming procedure and gain some hands-on experience.
Hoi An central market: The city market is right on the waterfront and is a wonderful place to stroll around and have a snack, or look for a good bargain.

HOI AN NIGHTLIFE - BARS AND CAFE

Though Hoi An is famous for turning its lights off early, there are still plenty of things to do when the lanterns are on.

Mango Mango: Located next to Hoi An’s famous Japanese Covered Bridge, funky Mango Mango is a stylish place to share a bottle of wine. Relaxing and chic, the red lacquer bar is smartly accompanied by cocktail tables and an extensive choice of drinks. Latin-inspired music adds to the ambience and there is also a selection of succulent food on offer.

Q Bar: The offspring of the once famous bar of the same name beneath Saigon’s central theatre. Q Bar Saigon's now been closed for a number of years but the Hoi An edition is maintaining the reputation for cool design and feel.

White Marble: Fabulous wines and plenty of beers, spirits and cocktails all reasonably priced, this is one of Hoi An’s most tasteful night spots.

Tam Tam: The mainstay of Hoi An nightlife during the nineties when Hoi An's first new wave of travellers began arriving. These days it’s a decidedly quiet affair but it’s still a beautiful building and a pleasant spot for a drink and a chat.

Cafe 99 (Close to Watering Hole Bar), 99 Tran Cao Van Street. Small eclectic cafe run by an extremely friendly owner named Long.
Cafe 96: Lying alongside Thu Bon river, cafe 96, as simple as its name, is a rustic yet trendy cafe. Serving cheap beers and snacks, it is an ideal place for a relaxing night out with friends. 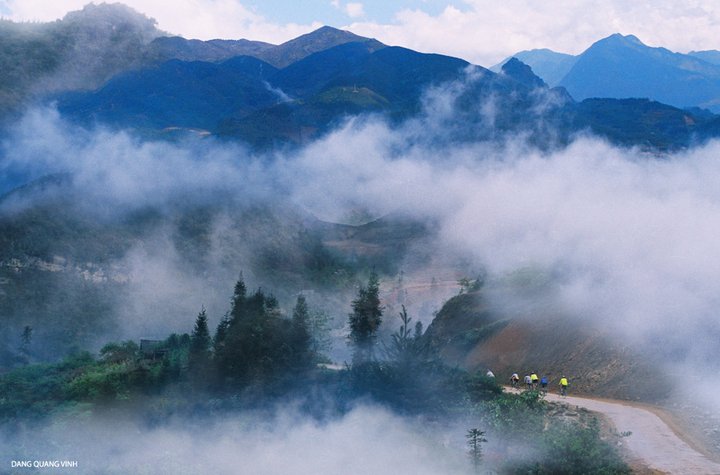