From US $1,025 Tour Enquiry
The past makes the experiences for the future. In a rich history over 4000 years the heroic Vietnamese defeated many strong countries such as: Mongo, China, French, US In this tour supports you a full knowledge of wars in Vietnam especially in American war

Day 1: Ho Chi Minh City
Arrive at Tan Son Nhat Airport in Saigon. Meet tour guide and driver with air con vehicle. Check in to Hotel, and go to lunch. In the afternoon we will have a short tour of Saigon including the Remnants of War Museum and the Presidential Palace. No evening activity is planned in order to allow you to catch up on some sleep before going North in the morning.

Day 2: Ho Chi Minh City - Da Nang
After breakfast at Hotel, we will catch an early flight to Da Nang. From Da Nang we will drive to Hoi An (196th and 198th Light Infantry Brigades) and visit this ancient port city and Capital of Vietnam on our way to Chu Lai, home of the Americal Division, and My Lai, site of the infamous massacre. Return to Da Nang and Hotel.

Visit the Marble Mountains and Cham Museum. Time will be provided for a swim at China Beach. See what is left of the Army Airfield. Some of the major units located in Da Nang: III Marine Amphibious Force, First Marine Division, 3rd Naval Mobile Construction Brigade, Naval Support Activity, Air Force 366th Tactical Fighter Wing. On the way to Hue, stop at Red Beach, the actual site where the Marines first landed in 1965. Drive over the Hai Van Pass and stop to check out the US and French constructed bunkers and the spectacular view. Check in Hotel in Hue.

Day 4: Hue
Visit the Citadel and Flag Tower, location of fierce fighting and the longest VC resistance of the Tet Offensive of 1968. This is the Forbidden City - home of the Nguyen Dynasty in Vietnam. Here you will have some free time to explore on your own or with others (if in group).

Drive up Highway 1, passing Camp Evans (20th Tank Regiment) and Fire Support base Nancy (258th M.C. Brigade). Continue to battle site of Quang Tri. Next pass the site of the Ai Tu Combat Base and Airfield (3rd ARVN Division HQ). Next reach Dong Ha and enter the quadrilateral area known as Leatherneck Square bounded by Con Thien, Gio Linh, Dong Ha, and Cam Lo; recall Operation Buffalo. Continue along Highway 1 across the Hien Luong Bridge over the Ben Hai River into North Vietnam. Visit Doc Mieu Base in the DMZ, the Vinh Moc Tunnels, and the North Vietnamese National Cemetery. Lastly, visit Con Thien Fire Support Base before an overnight at the Hotel.

Day 6: Dong Ha - Khe Sanh
Dong Ha to Khe Sanh. Ride parallel to the DMZ along Route 9 to Khe Sanh. Pass a series of Fire Support Bases as well as the Rockpile, DaKrong Bridge, and the Huang Hoa District HQ.

EITHER:
A-Shau Valley including major battle sites, Landing Zones and Fire Support Bases (such as 'Hamburger Hill').
OR:
Bach Ma National Park. This beautiful area once had 139 luxury French villas. In heavy fighting the VC destroyed the villas. Now the area has been made into National park with numerous species such as tigers and several types of monkeys, 330 bird species, and a newly discovered antelope (Sao la). Hiking trails overlooking a waterfall.

Day 11: Sai Gon departure
Pick up at the hotel and transfer to the Airport for the flight back home.

NOTE: Special Tailor-made tours are available according to your specific requests. 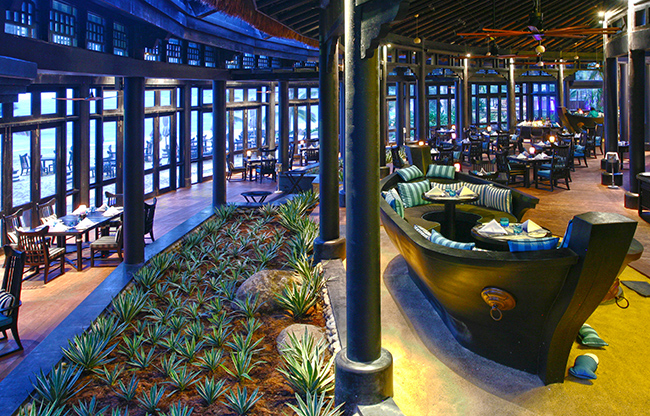 Some restaurants in Danang city 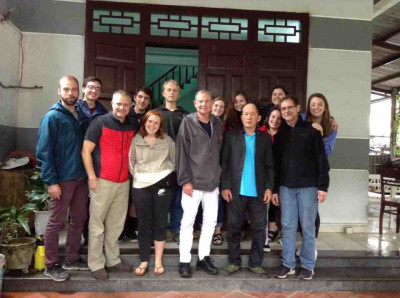 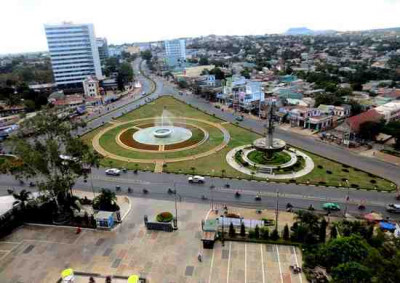 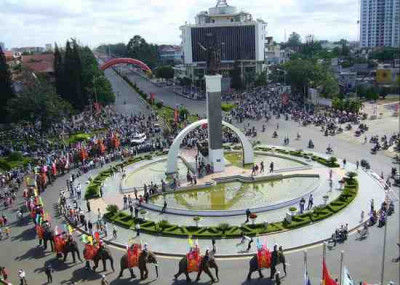